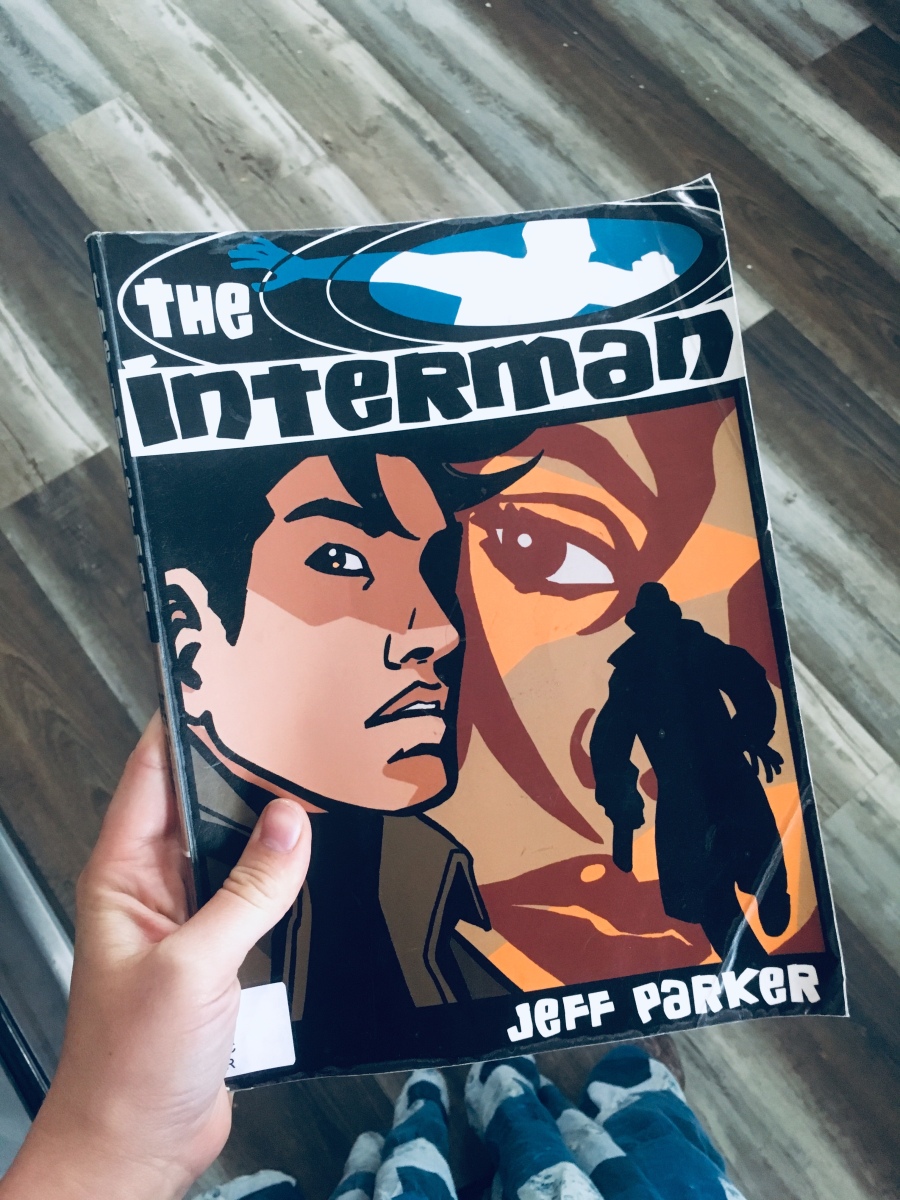 My sister loves comics books. A while back she found this comic book at a library and told me, “It’s about this guy without a social security number. The whole book is about the government trying to kill him, but at the end he’s when they decide they like him they try to reward him by giving him a social security and he’s like ‘no thanks’.”

Well, that sounded pretty intriguing to me. I mean, how often do you find a piece of fiction that positively portrays someone without a social security number?

So I had my sister borrow it from the library again.

I don’t read many comics, so it might just be me, but I find comic books a bit hard to understand, and also somewhat vague.

It took me a day to get into this book, and then I had to keep backtracking because comments would be made like “I can’t believe I just killed someone” and I was like, “Wait!? He killed him!?”

Interman is Van Meach, a young confident man who knows he’s different but he doesn’t allow those differences to define him, but help him help others better.

And that’s just what he does … until people start trying to kill him. 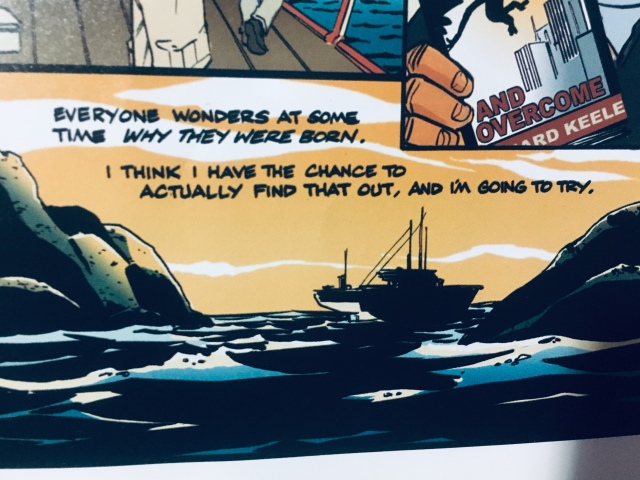 Like most young people, Meach questions why he lives. But unlike many stories, his questions aren’t born of depression but curiosity. He knows he was “created” in a science lab and has inhumane powers. His adopted parents raised him to guard his powers, and he’s under the radar

He’s not a “legal” citizen, but a man who keeps is forced to live in a manner that brings not notice to his existence.

He discovers he was made to be a war machine, and that people want to destroy him for that.

He spends a portion of the book looking for work, but turns it down with a measure of honor and a boatload of conscious. Ah, but don’t you love his snark even as he does it?

“To put people in danger for a meal? I’m starving! But I’ll be murdered soon anyways.”

This old lady is probably my favorite character in the book. She’s just so honest and you can’t help but feel sorry for her.

So, you know when characters have these “top secret discussion” in a public place? I loved this bit of realism where someone overheard and tried to capitalize.

Did I mention that there’s some fun dialogue? Also, there’s hints at romance and some suggestive content, but nothing overly so. As far as superhero romance goes, this was pretty clean. There was almost a proposal, but it didn’t make it. Some hugging, but no kissing if you can believe it 😝

As for other content, there’s some language, but not much. A few usages of the d-word, and some minor vulgar language.

At the end the people who’ve been trying to kill him finally realize he’d be a valuable asset. So they offer to make him a citizen.

“I’d love to come above ground. If I live long enough.”

That really annoyed me.

Van Meach was living a perfectly fulfilled life, serving his fellow man and happy with himself and the work. And then these government officials decided to interfere and murder him.

They never say Meach had the right to live.

But like gods, they say, “We’ve decides you may live. And here, let us make you one of our subjects while we’re at it.”

If it’d been anyone else, Meach would have been a fool to trust them and accept their “reward”. But no, he’s like, “Sure. It’ll be nice having my real name on my passport.”

It was a fun, quick read. But also frustrating because it furthers the belief that we aren’t fully human unless we exist according to man’s laws, and that the government not God permits us to have natural rights.

Have you ever read this book or something similar? I’d love to come across more fiction books where the main characters live without a social security number (and are portrayed correctly).

Follow The Girl Who Doesn't Exist on WordPress.com
Join 1,292 other followers