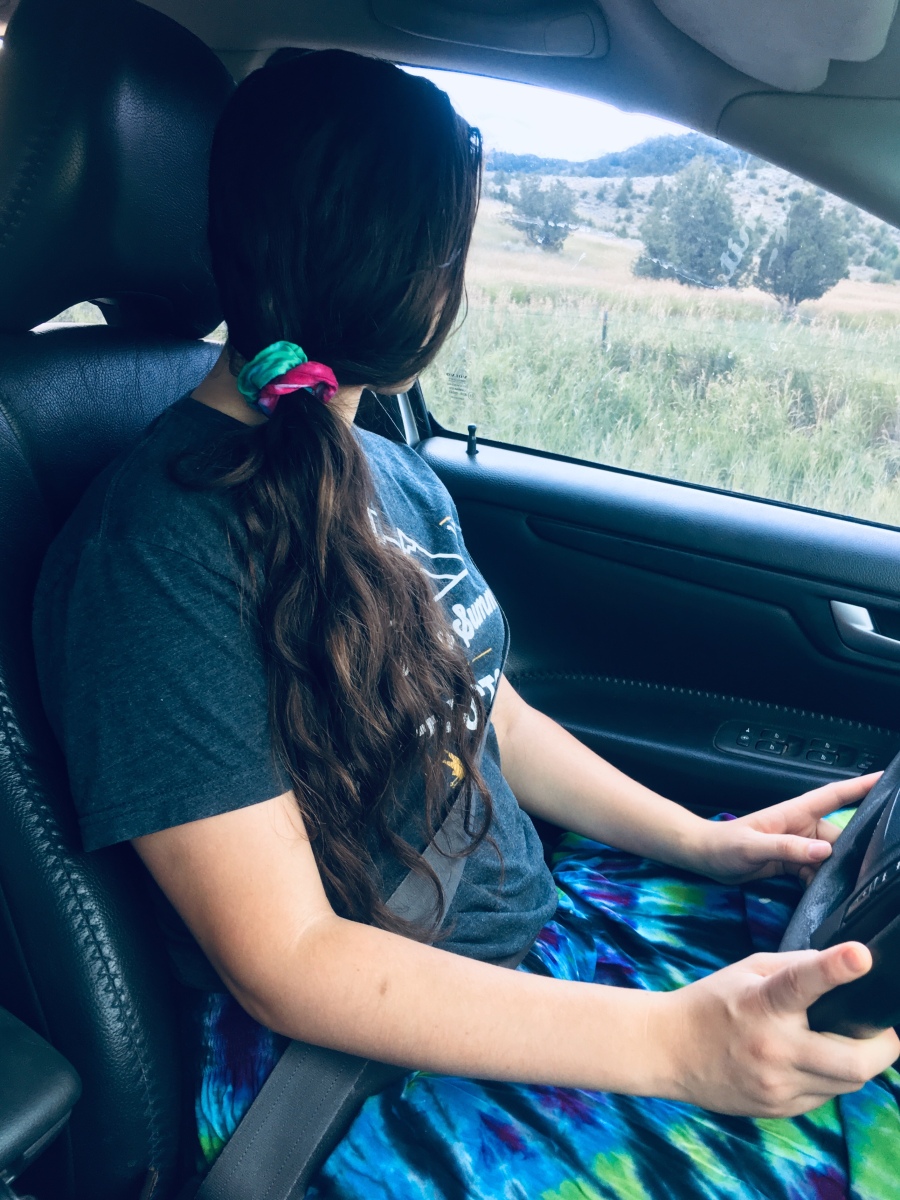 Like every brainless sixteen year old, I couldn’t wait to get my driver’s license. Why? Maybe to see friends more often? Or maybe just to have a bit more freedom from my parents? I had nowhere I really wanted or needed to go, yet I wanted to drive very much. But, unlike many teenagers, I feared I’d never be able to actually get one.

Most of my relatives believed that we couldn’t get a license without a social security number. Many of my relatives also believed it was wrong to have a license (I actually partly agree with this and will do a future post on that specific topic).

I think my dad technically agrees that having a driver’s license is an infringement of our rights. But he also said it wasn’t a battle he was willing to fight. There were bigger things that needed addressing.

He told me that I could get a driver’s license. In fact, I wasn’t to drive without one, he said, because of the risk of going to jail.

Obviously, he and mom both had them without the numbers, so they thought they could get me one.

But I was also very aware along with my parents that everything in the States had cracked down and become harder for everyone since 9/11. My dad’s tricks for opening a banking account, for instance, no longer worked quite the same. And renewing his license was getting harder.

So, yes, I stressed that I’d never be able to actually drive (because my parents wouldn’t allow me to risk going to jail over something like this).

We moved around the time of my sixteenth birthday to a new state. Dad asked me what I wanted for my birthday, and I told him, “My driver’s license.”

(We’d been living with the Amish before that and I hadn’t been allowed to wear skirts or jewelry, only dresses, so I asked to start wearing those again. The things we want when we are sixteen, haha!)

Dad said yes for all of those requests, mostly I think to appease my unhappiness at moving so far from all my friends.

And my anger was a bit calmed. I thought, “Maybe I can and will get my license.”

Dad was always too busy to help, or there was “something” he needed to do first to help me get my license, and “it took time”. And while he usually had valid excuses, I still grew impatient and upset.

Finally, I turned twenty and I still couldn’t drive.

I decided I was going to get serious about figuring this thing out. Because now I had a reason to drive … not to see friends, but to be able to expand my cleaning business.

So, I told Dad I wanted to get my license now.

I’d said this many times before, but for some reason, things started actually rolling forward. We gathered as many forms of ID together as we could. Here are some of them:

We found a free day, then Dad, Mom, and I all went into our local MVD and we started the most exciting, exhilarating thing ever. Like anyone else wanting a license, we waited our turn and filled out the paperwork.

When it was my turn, my parents stayed behind and I went up by myself and handed over the forms for a permit. I was nervous, but hopeful and smiled. The lady however seemed to resent the smile … or maybe she resented the freedom she saw behind my smile. Either way, she was rude and not very helpful.

“I’ll need your social security number,” she said, not long into starting the process.

“I don’t have one, ” I gently explained. “Due to religious beliefs.”

“Everyone has a social security number,” she snapped.

“Not me. I was born at home and my parents chose to not give me one.”

Now I was trying with all my might to not show my irritation and agitation. This lady had the nerve to call me a liar? And for what reason?

“The system says you have one,” she said.

To this day, I’m still not sure what she meant. Maybe she meant, it showed that I should have one, because that’s the expected norm. But I clearly don’t have one.

“Well, I don’t. It’s impossible that I would have one,” I said. But fear entered my heart for a moment. Could I possible have one? But how?

From the corner of my eye, I saw Mom ready to jump over and say something. Dad looked ready to come, too, but he told Mom to wait.

“What do I need to do to prove to you that I don’t have one,” I asked.

“Go to the IRS office and get a statement saying so. But you won’t be able to get that and be back in time today.”

“I’ll try,” I said. It had taken four years to make today work happen. I mean, my dad had been working on things like my birth certificate, but still. I wasn’t going to risk waiting another four years.

And so we went to the IRS office.

Some people seem to think we were brave stepping inside “enemy lines”. But you see, the people there weren’t and aren’t our enemies, just misinformed people doing a job for a salary.

And while we aren’t a part of their society, we are free and legal in every aspect. We had no need to fear. My only thought was, “I hope we can get this paper fast enough to return back and get my permit today.”

As we waited Dad chatted with a security guard, and they got along just fine. Another great example of how to be a shining light rather than a glaring flashlight.

We didn’t have long to wait. We went to the back where several women worked, and we asked for a statement proving I (and some of my siblings) didn’t have a social security number.

“You want what?” The lady wasn’t rude, merely surprised.

“Can you look me up in your system and see if I’m there, then if I’m not, can you print out a letter that says so?”

Another lady in the back said, “Yes, we can! You just do it like this …”

The ladies actually seemed quite thrilled to be doing something so strange. They looked me up, and sure enough I didn’t exist in their databases, so they printed out a letter for me.

I was so excited to have that piece of paper, and practically skipped right through and out of the IRS office. Then we drove back to the MVD. The lady was not happy to see us again soon.

“I told you not to come back until tomorrow.”

“I thought you only wanted a letter saying I didn’t have a number? I have it.”

She stammered, and muttered, and looked like she was trying to think of some way to get rid of me. But she couldn’t. So I sat and smiled and waited as she made call after troublesome (for her—I’m quite patient and didn’t mind waiting fifteen more minutes) call as she found out the right numbers to enter to bypass their “required” line needing the ssn.

It worked, and it was all I could to do not explode with excitement … I knew I needed to remain somewhat calm or this lady would find a reason to make the whole thing not work.

Now. Here’s another HUGE important part of my story.

I could have said, “I don’t have a state certificate, but a homemade one.”

I would have had every right to say so, and legally my certificate should have done the job just fine. But this lady could have denied it all the same. Or I may have been able to argue with her for another thirty minutes and finally won. But why?

Here, some will say, “But you should have educated her.”

Or, “You should have made her give you what you want on your terms.”

My personal motto when dealing with officials has always been to never volunteer unnecessary information. Say what’s important, and be done with it. And simply pretend to be a normal person. Act for success, and act like you are successful, not another tyrant.

I wasn’t going to be a fool just to appease my own pride. Yes, this lady was annoying. But I didn’t go there for a pleasant conversation. I went so that I might obtain a silly, but half-way necessary slip of permission.

P.S. My driving “instructor” was quite nice and the entire time of us driving, she and I had a conversation about all things books and writing and publishing. So don’t every go into anywhere expecting to meet Mrs Grouchy. Be prepared, yes. But don’t be worse and arrive as Mr Victim or Ms Sour-eye

And that folks, is how I allowed myself to ask for permission to drive to work, and succeeded on my own terms without being a jerk in return.

If you have any questions, or similar stories, please share in the comments or by email!

12 thoughts on “How To Ask For Permission On Your Own Terms: Obtaining a Driver’s License”

Leave a Reply to The Girl Who Doesn't Exist Cancel reply